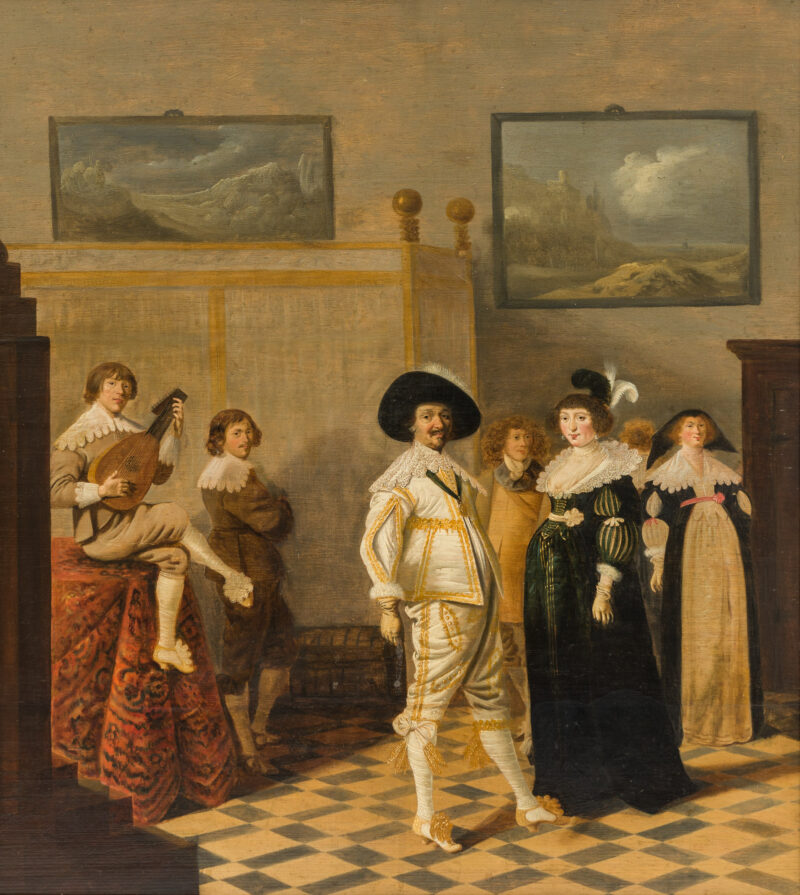 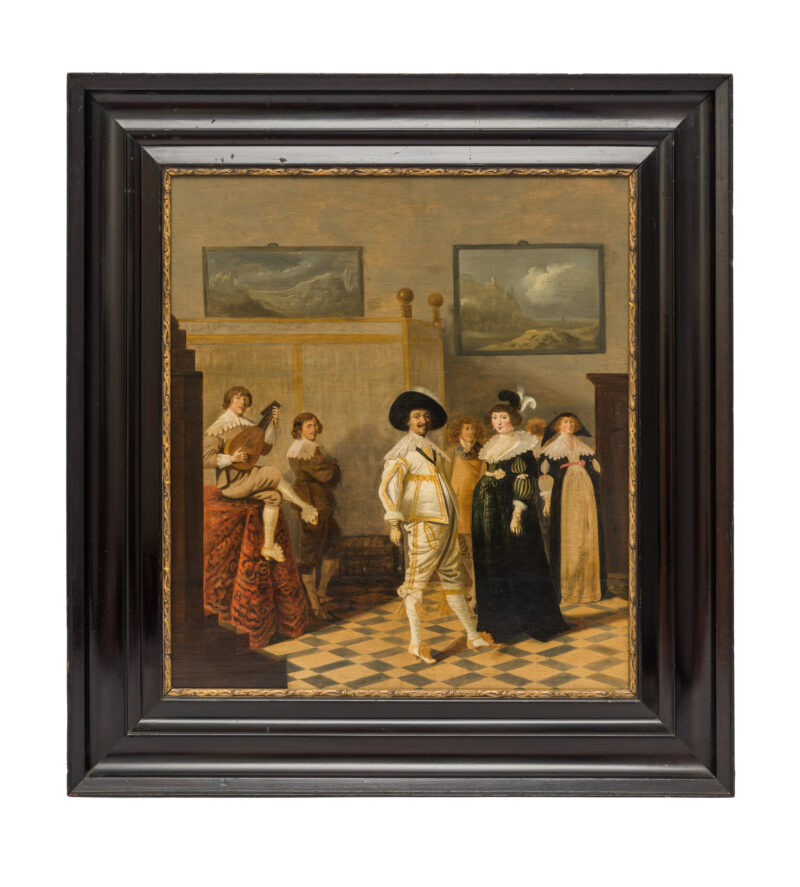 Attributed to Anthonie Palamedesz (Dutch, Delft 1601-1673 Amsterdam), An Interior with Elegant Company, 17th century. Oil on oak panel. The portrait at present depicts a company of elegantly dressed figures engaged in music and conversation. It is attributed to the Dutch artist Anthonie Palamedesz who painted this in the 17th century, circa 1620s. During this period in art history, it is known that according to the inventories from Harlem, genre scenes from daily life were proven to be the most popular subject of painting in the years between 1600-1650, which is when their audience more than doubled. This was particularly noticed and enjoyed by the patrons of the upper-middle class. In this genre scene, we see all figures (apart from two) prompt their gazes directly to the viewer whilst attaining such elegant poses. They are all dressed in rich and elite Dutch clothing, though subdued in colour, the rich fabrics and laces communicate their status. The abundance of silk and satin garments, elegant lace ruffs, gloves and hats with ostrich feathers are all markers of tradition. Whilst the striking central figure bears a sash with a medal attached that may allude to a militia background. Anthony Palamedesz was born in 1601 and was the son of the sculptor, stone cutter and court artist, Palamedes Willemsz. Shortly after his birth, his father was recorded to have worked in service for the court of James VI of Scotland, and it is likely that he travelled to London along with the court, when the king was later crowned as the King of England. Following their time in Scotland, the family became established in Delft, where Anthonie was taught by artists such as the leading portrait painter Michiel Jansz van Mierevelt and the history and genre painter Hans Jordaens. In the 1620s he entered the Delft Guild of St. Luke and became hoofdman (deacon) of the Guild in 1635, 1658, 1663 and 1672. Palamedesz’ works can be found in museums such as the Rijksmuseum, Amsterdam, Louvre, Paris, Metropolitan Museum, New York, the Victorian and Albert Museum and many more.